Welcome to The Riverside House Hotel
For Moments That Matter

The Riverside House Hotel is nestled on the edge of the River Lark on the outskirts of the town of Mildenhall, not far from Newmarket and Bury St Edmunds.  The historial hotel was originally built in 1720 as a house and is now a family run hotel boasting 16 fabulously designed bedrooms and an abundance of elequent public areas, restaurant and banqueting rooms.  The Hotel was recently purchased by Brian and Kelly Keane, owners of the Cameron Hotel Collection who originally owed the hotel between 1999 and 2005.  The Garden Room is open daily to the public as a Restaurant serving Breakfast, Lunch and Dinner from Monday - Sunday. During the Spring and Summer the restaurant extends out into the sun soaked garden area with seating alongside the River which is very popular among families and dog lovers. 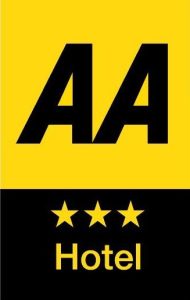